MidJourney is an artificial intelligence tool that generates images from text. However, unlike Dall-E, this AI has not been trained to aim for realism, but rather for artistic beauty. The result is stunning, and many artists are impressed. Find out everything you need to know.

Since June 2022, the artificial intelligence program Dall-E Mini aka Craiyon has been a viral success on social networks. This AI is able to create images from texts entered by the user, and gave birth to many hilarious memes.

A few weeks after Dall-E Mini, a new text-to-image generator based on artificial intelligence is creating a buzz on the internet. It is MidJourney. 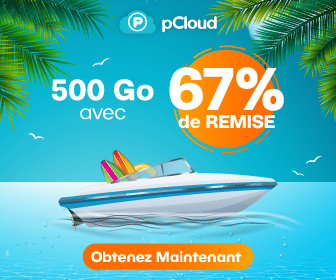 MidJourney is an artificial intelligence system capable of ccreate images from text entered by the user. On the official website, its creators introduce themselves as ” An independent research laboratory. Exploring new mediums of thought. Extending the powers of imagination of the human species “.

This model of artificial intelligence has been trained on a large number of imageslike most text-to-image AIs. However, it differs by focusing on artistic style rather than realism. In optimizing their AI, the creators of MidJourney wanted above all that the generated images are beautiful.

Currently in version 3.0, the software now incorporates a feedback loop based on activity and reactions of users. This has helped to improve the image quality, by analyzing the data indicating which images users like and how they use them.

1. Text prompt to generate a clean subject and palette: pic.twitter.com/tuArapqWHD

The company has not yet revealed what technologies it is using, but confirms it is using most advanced artificial intelligence models with billions of parameters and trained on billions of images. In addition, the images are generated on a vendor’s cloud using green energy.

Each image requires several petaops, which represents 10^15 operations per second. According to the creators of the software, never any service available to the general public had allowed an individual to use so much computing power.

What is MidJourney for?

Most users use this tool to have fun, and bring their imagination to life. However, about 30% of users have a professional use of this tool.

From many graphic designers use MidJourney as part of their concept development workflow. They generate several variations of an idea, and present it to their clients to determine which direction to pursue. According to Holz, professionals use this tool to ” supercharger “the process of creation or communication.

In addition, according to the creator, about 20% of users would use it for therapeutic purposes. Creating images could help them to overcome trauma or grief. AI is exploited here as ” emotional and intellectual reflection tool “.

For a long time, MidJourney was reserved for non-commercial use. Now, commercial use may be allowed. In June 2022, the famous magazine The Economist let AI create its cover.

How to create images with MidJourney ?

At the moment, MidJourney is still in beta version. To use it, you have to register on the official website. The invitations are then sent in waves.

After receiving an invitation email, you will communicate with the program via Discord messenger on a public channel. Just enter a text, and the MidJourney robot will send back an image after about one minute.

It is however possible to pay a subscription for 10 dollars or 30 dollars per month in order to be able to submit your text in private via a direct message to the robot. This avoids messages from other users in the public channel. By default, the images generated by the AI remain publicly visible.

As a social application, MidJourney sets rules and limits regarding allowed content. The Gore or adult content is strictly prohibited, and users are asked to avoid creating visually offensive or disturbing content.

Some texts may be blocked automatically. In addition, about forty moderators keeps an eye on the images created by the users.

The creators of MidJourney also don’t like the idea of their AI being used to create fake photographs of type DeepFake. It is according to them a use “ extremely dangerous “.

Who owns the intellectual property of the art created by MidJourney?

The intellectual property is a sensitive issue when it comes to AI-generated art. Currently, the American justice system prohibits, for example, the granting of copyrights on images generated by AI.

In February 2022, the US Copyright Office Review Board rejected a request to grant a copyright to a computer-generated landscape image entitled ” A Recent Entrance to Paradise “. For good reason, this image was not created by a human.

According to MidJourney’s terms of use, users own all the works that he creates with the service. However, the company requires a copyright license from users to reproduce content created with the service. This is a necessary precaution to host users’ images.

The creators of MidJourney acknowledge that the law is not yet clear enough regarding AI-generated content. He expects that more specific laws will be passed in the future.

David Holz: who is the creator of MidJourney? 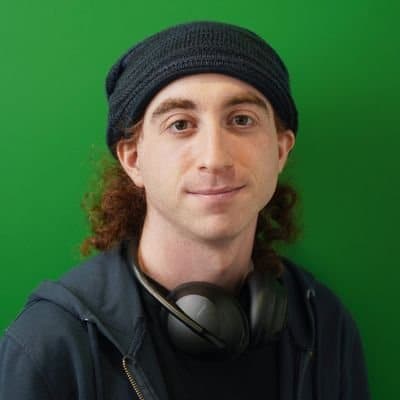 David Holz grew up in Florida, and started his design business while studying math and physics in college. He was working on his PhD in Mathematics, but finally took a break in 2008 to co-founded the company Leap Motion dedicated to the manufacture of computer peripherals.

However, this was also a time of doubt for Holz. He explains that he wondered “ why he was working on these things “, and that he wished to work on only one thing that was close to his heart.

It therefore focused on Leap Motionwhich has developed a hardware device that tracks hand movements and uses them to control a computer or other device.

Holz has managed this company for twelve years. When he left it, it employed about 100 people. In 2021, he finally folded up to create MidJourney.

According to him, this company is still relatively small, with only about ten people. It is also self-financed, and has no investors.

In any case, Holz explains that the team’s motivations are not really financial : ” we’re just here working on things that we’re passionate about and having fun. And we work on a lot of different projects “.

According to him, the technological aspect of AI and the extent to which it will improve is rather easy to predict. In contrast, “ the human ramifications of this extension are very difficult to imagine “.

In his eyes, “ there is something there at the intersection of humanity and technology. To really understand what it is and what it should be, we really need to conduct a lot of experiments “. Holz says, however, that the company is already profitable.

While Dall-E focuses on the realism of the generated images, MidJourney puts more emphasis on the artistic dimension. This AI is capable of adapting real artistic styles to create an image from a combination of all desired elements.

To demonstrate the difference between the two, an Internet user named Fabian Stelzer entered the same text on both programs.

According to him ” MidJourney has a certain “je ne sais quoi”The imperfections are more beautiful, like on an analog synthesizer. It is often more creative contextually and great with textures. DALL-E is better for scenes with very clear instructions “.

Among the texts submitted to the two AIs during this test were ” Mozart playing at the Top of the Pops, 1993 ” and ” a complex installation made of plastic bags and mirror fragments, painted in neon color, studio lighting “.

For installation in plastic bags, MidJourney managed to create a much more realistic image. The studio lighting is particularly successful.

The phenomenon of AI-generated art

This image creation AI trend started in 2021 with the launch of CLIP (Contrastive Language Image Pre-Training) by OpenAI. This program was designed to evaluate how well generated images aligned with text descriptions, but artist Ryan Murdock then realized that the process could be reversed An AI can produce an image from a text.

The generative art community then started a period of unbridled exploration, publishing Python code for creating images using a variety of models and techniques.

According to David Holz, creator of Midjourney, it was at this time that it was realized that ” some areas of AI were progressing in really interesting ways, and one of them was the ability of AI to understand language “.

In particular, he refers to transformers: a type of Deep Learning model on which CLIP is based. Similarly, diffusion models are an alternative to GANs.

This expert has notably been bluffed by CLIP guided broadcastingdeveloped by Katherine Crawson known on Twitter as @RiversHaveWings.

The future of MidJourney

For the future, the creators of MidJourney fear that it will fall victim to its success. At present, several hundred thousand people already use the service and require the power of about 10,000 servers.

However, if 10 million people attempt to use this technology, Holz explains that there will simply be not enough computers available in the world.

According to Holz, AI tools like MidJourney can help artists improve in their discipline. They are not necessarily intended to make everyone a professional artist, and an artist using these tools will always be better than an individual using them.

On the other hand, he recognizes that these tools could add pressure on artistseven if it is not yet the case. He believes that the tool will improve dramatically over the next two years…

The best creations of MidJourney

By creating a MidJourney account, you can view other users’ creations on the Community Feed page. New AI-generated images are constantly coming in. Here is a selection of impressive creations or suprising realized by MidJourney and relayed on social networks…

“a dream of the day when art emerges out of thin air, like the third dimension from flatland” #midjourney pic.twitter.com/TTdGXyY3Rn

I really like this image from the Akira series but I didn’t like that it was brightly lit so I left it out. It really is compelling tho.#midjourney @midjourney #akira pic.twitter.com/7nOv5BH2HK