Microservices allow companies to increase resilience to the vagaries of technology. Many firms are adopting such an architecture in order to minimize their loss in the production process.

Multinational firms such as Amazon and Netflix operate on the microservices architecture. Different from the monolithic architecture, this approach allows to compartmentalize software development into several smaller departments. Developers then abandoned the monolithic architecture where the software components form an indivisible whole. Thus, if one of them fails, the others remain intact. This is largely advantageous for companies. In order to see more clearly, we are going to make an overview of the subject. Before giving examples of applications, we will try to answer the following questions: How can we define the microservices architecture? What are the benefits? Is it a panacea for the software development domain?

Definition and characteristics of a microservices architecture

It is quite difficult to establish a precise definition of microservices. We will refer to the words of Martin Fowler who states that the term “microservices architecture” represents a particular way of developing software applications. He defines it as suites of services that can be Deploy them independently of each other. It is also called “microservices service-oriented architecture”.

The components of such an architecture communicate with each other through APIWhile executing its own processes in an autonomous way. Within the same architecture, it is possible to develop different applications using different programming languages.

Some characteristics are specific to the microservices architecture namely:

Because of these characteristics, the applications are easy to scale up In order to access increased functionality in an application. But to best manage the product, a synergy of the teams and better documentation of the code. In addition, the users’ opinion should not be neglected. 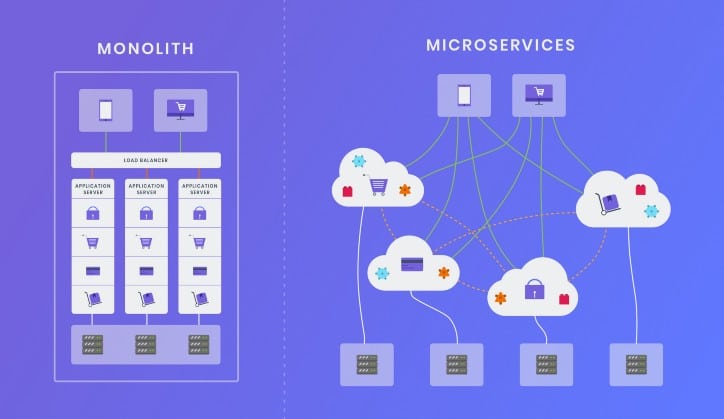 Some common types of microservices

In general, it is always possible toadd new features with microservices. However, it is important to remember that each addition brings a new service to the architecture. Here are some common services that can easily integrate a microservices architecture:

Why adopt a microservices architecture?

When you can isolate failures and solve a problem independently of other elements of the architecture, you can take advantage of microservices. But that’s not all. In fact, microservices offer many advantages.

Microservices as a productivity lever

Developing a monolithic application requires teamwork where everyone is interdependent. If one of the members fails, the project is blocked. This is not the case with microservices where each team can work independently of the others. Everyone can then make changes in a timely manner, without disrupting the entire project.

Having multiple teams developing small projects, components of software applications, increases the production speed. In this way, each team can work independently of the others, even when they encounter problems. Moreover, when hot services are detected, they can be easily scaled up without impacting the whole application.

Microservices also provide broad technology stack opportunities. Each team does not have to develop each small service with a standardized approach. For example, microservices can be developed with different programming languages that the developers find suitable.

When a failure occurs, it does not necessarily affect the entire architecture. For example, if there is an error in one service, the rest of the application can still function without problems. After repair, it is sufficient to deploy the corrected service without having to redeploy the whole application.

This is not the case with a monolithic architecture. In case of an error, or even a modification, the whole application must be redeployed, thus increasing the downtime.

If one module fails in a monolithic structure, the entire service is out of order. In addition to higher downtime, there are also higher costs. This can be frustrating for customers, causing them to look elsewhere.

On the other hand, when an application is based on a microservices architecture, a failure at thea module cannot block the whole of the application. In this case, clients can still use it until the problem is solved.

When an application is composed of several microservices, it is rather easy to replace the ones that fail. In the past, in a monolithic architecture; fixing a failure at the application level is more difficult since all tasks have to be redone. This is not only time-consumingbut also generates additional costs.

Certainly, microservices offer a wide range of benefits to businesses. But there are also some drawbacks to note. In reality, these do not come from the microservices architecture, but from the way it is adopted. As a result, they can be solved.

First, the tracing can become a real headache for developers. Suppose an application is developed using different programming languages. A possibility of deviation is to be feared, especially if the developers have not logged their work. This makes it difficult to identify the source of the problem and to remedy it.

To avoid this kind of problem, developers should keep the logs tracking their tasks. There should be a description of each task and the corresponding time stamp. Otherwise, one must limit oneself to a single programming language in order not to get lost during deployment. The logs should also be standardized in order to facilitate the tracing of problems.

In addition, the services that make up a microservices architecture are rather dispersed. Communication is thus carried out via APIs, externally. This exposes the application to a risk of attack in the absence of a security mechanism. However, it ishis can be minimized by implementing authentication or validation of API calls. This can also be resolved by increasing the security layer via SSL and SHA-256.

On the other hand, the redirection to the new instance, in case of a service change at the application level, can be tedious when developers use many versions of the API. For this reason, it is advisable to create a domain name to redirect all requests to the new instance. This makes it easy to switch back to the old version if needed. 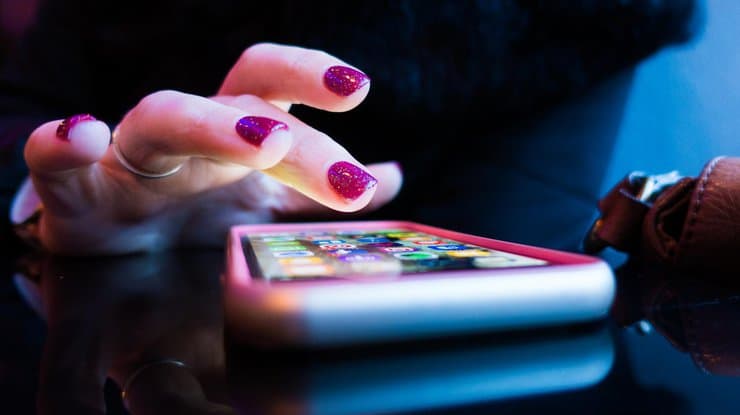 Microservices in the future

Monolithic architecture is, for the most part, the starting point for most legacy applications. However, as companies encountered the various problems with such an approach, many have already migrated to microservices. In addition, browsers and mobile applications are focusing more on the privacysecurity and data decentralization. All this together contributes to the abandonment of the monolithic architecture.

Microservices are best suited to integrate multiple functionalities into a single application without making it vulnerable. In addition, the deployment on the cloud promotes the adoption of such a strategy. This allows companies to keep up with modern trends in DevOps.

Today, many large enterprises are already adopting microservices architecture in their operational strategy. This proves a bright future for this approach.

Many firms have already developed applications using the microservices architecture. Here are two for which such an approach has proven to be successful:

The online sales platform develops its system by taking each service independently of the others. Whether it is customer management (ordering, payment, delivery) or personalization, everything works independently. The team only has to monitor the operation of the software and repair it if it fails. This approach has allowed Amazon to move forward with great speed with a flexible system.

Every day, more than 2 billion API requests are sent to the Netflix app. To handle all this, the streaming giant implements more than 500 cloud-based microservices. The adoption of this architecture has accelerated the development of the platform and its services.