MAN is the type of computer network that is used in a metropolitan area. It provides a high-speed connection while being less expensive. However, the network exposes users to a high risk of hacking.

Behind the data flows that we collect on the Net, there is a whole structure. In principle, there are three types of network, classified according to their size. The smallest is called LAN or local network while WAN is the largest. Between the two, there is what is called the MAN network. Larger than LAN but less extensive than WAN, the network is also called metropolitan area network. It is mainly used to connect computers in a big city or in a organization. It is on this one that we are going to focus in the present file. Focus !

What do we mean by MAN?

When establishing an Internet network in a large city, or to connect multiple cities, the MAN or metropolitan area network is most appropriate. The term metropolitan refers, not to the demographics, but to the size of the network itself. It is more or less similar to a LAN except that it extends over a larger area such as a campus, a government territory or an entire city.

The MAN network uses mostly high-speed media like optical fibers. This allows it to provide faster communication. The metro network can provide uplink services to the Internet and WAN.

In general, the network can provide coverage from 5 to 50 km. Hence its great advantage to connect many departments in a large city. Companies also use this type of network to connect headquarters to offices and manufacturing plants. However, the metro network is more sensitive to congestion and less tolerant of outages.

Data transmission in such a network requires different types of devices, modems and cables in this case. Users can access it via an Ethernet connection or a wireless connection. ISPs and telephone companies use this type of network to provide a high-speed connection using the DSL network.

In general, MAN networks are managed by several organizations. They are formed by many interconnected LAN networks. Given their size, metropolitan area networks provide high connection speeds. Indeed, data does not have to travel a long distance before landing on a user’s computer.

To provide such a high connection speed, MANs instead use fiber optic cables that were not used before. They were adopted because of their high capacity to carry data. Most of them work on dark-fiber.

Some ISPs lease these cables. For others, it is the other way around, as a public organization may also build and maintain a MAN network of fiber optics before leasing them.

How does the network work?

In terms of size, the MAN network refers, in a way, to the intermediate size between the LAN and the WAN network. It can connect several LANs in order to establish a transparent connection between various geographically dispersed LANs.

The network operates primarily through fiber optics. That is to say, the traffic passes through the cables and are transmitted through the network. In addition, there are switches and routers which have the function of facilitating the transmission of data.

A switch acts as a filter for the information sent. It is a two-port device, one end of which manages the filtration of data and the other end manages the connections. As for the router, it is the key element that facilitates the network connection. It controls the data transfer. What characterizes a metropolitan area network?

A MAN network has various characteristic features. First, there is the deployment of VoIP services. This allows the network to eliminate obsolete telephone lines, including analog or ISDN lines. VoIP services thus avoid the additional costs caused by these unused lines.

In addition, the MAN network is characterized by the deployment of Wi-Fi zones without wireless links. In this way, we can access all Wi-Fi channels. That’s why the Wi-Fi connection has increased by 60%.

In addition, metropolitan networks can reach a distance of 5 to 50 km. Indeed, these use gateways for WAN networks. However, the coverage is less. This is especially true for a campus or an industrial area or an entire city.

A high quality transmission for any type of data also characterizes MAN networks. This is particularly true for the transmission of voice and video data. In general, companies with several departments in the same geographical area tend to use this type of network at the expense of the local network.

However, it should not be forgotten that the MAN network is distinguished by the increased ease of computer-to-computer interconnection as well as CAD/CAM transmission.

MAN, LAN and WAN, what is the difference?

The first difference between the three types of networks is their size. However, there are others, such as the propagation delay. Indeed, the LAN propagates in a shorter delay. That is why it is used more in private properties.

The MAN network usually belongs to several organizations because of its more difficult management and its wider coverage. As for the WAN, it uses mainly the PSTN or satellite communication. This is why it can cover a country or even a continent. In terms of management, the WAN cannot be managed by a single organization either.

Why is the MAN network used?

The MAN network is used for many reasons, namely:

To ensure the telecommunication system within an organization

For the most part, telecom operators use the MAN network to connect cities together. This type of network makes it easy to connect networks over several kilometers to moderate costs.

Support for voice and text data

It is possible to integrate the MAN network with a cable television or radio network. In this case, it supports voice data as well as text.

The following are use cases for the MAN network: 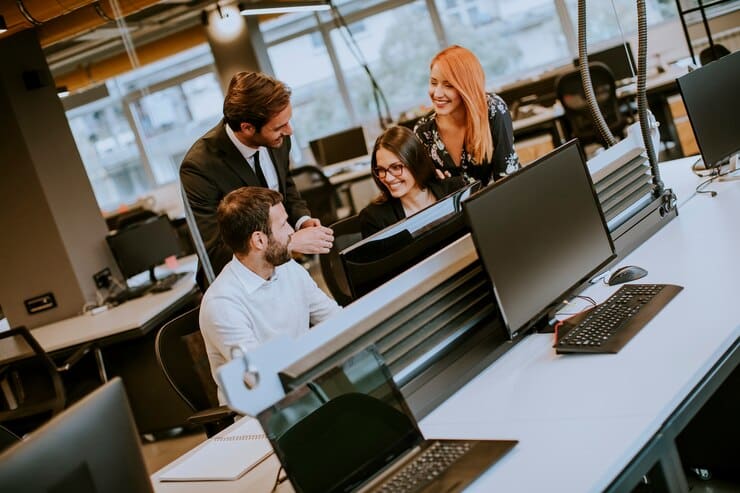 Because of its multiple advantages, the number of users of this type of network is increasing. Here are the main advantages it offers:

First, the MAN network provides a connection to high speed. This increases the speed of the data transfer rate for both files and databases. By using fiber optic cables, the MAN network can offer a throughput of up to 1000 Mbps in no time.

Next, it should be noted that the MAN network allows the sharing of Internet access to other users via the installation of GAN. However, this does not decrease the speed of the connection. In addition, local users can send e-mails to each other for free and quickly.

Moreover, in terms of cost, MAN network is largely affordable compared to WAN network. In addition, this type of network can easily convert to a LAN. In fact, a MAN network encompasses two or more LANs that can be decomposed.

Although advantageous, the MAN network has some disadvantages. The main drawback of this network is that it offers different connection speeds depending on the type of cable used. Fiber optics accesses high Internet speed, but it costs more. As a result, some copper wire come to complete the network. This is where the problem arises because these wires slow down the speed of the connection.

In addition, the network encompassing two or more LANs does not make it easy to manage. As the size of the network increases, it becomes more and more additional configuration problems.

There can also be security flaws. This is why the MAN network is vulnerable to DDoS attacks and hacking. Thus, a technical team is needed to ensure maintenance and possible troubleshooting.

Another disadvantage of the MAN network is the increased need for cables. The more LANs there are to connect, the more cables the network needs. This will necessarily increase the costs.