Java is an object-oriented programming language that produces software for several platforms.

When a programmer writes a Java application, the compiled code (called bytecode) runs on most operating systems (OS), including Windows, Linux and Mac OS. Java derives much of its syntax from C and C++ programming languages. The Java platform (the environment in which a program runs) is distinguished by the fact that it runs on other hardware platforms. It has two components: the Java Virtual Machine (Java VM) and the Java Application Programming Interface (Java API).

Java was developed in the mid-1990s by James A. Gosling, a former computer scientist at Sun Microsystems, with Mike Sheridan and Patrick Naughton. 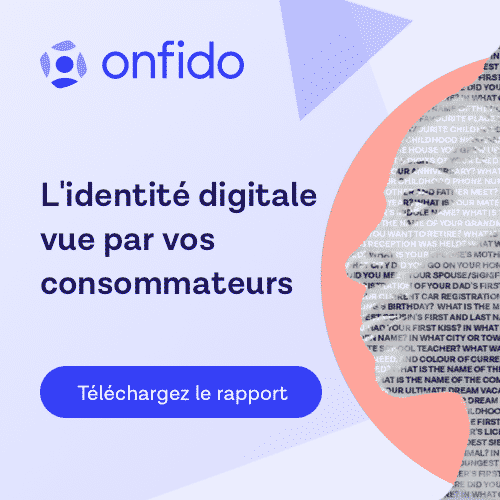 Development time can be accelerated through the use of integrated development environments (IDEs) – such as JBuilder, Netbeans, Eclipse or JCreator. IDEs facilitate the development of graphical interfaces, which include buttons, text boxes, panels, frames, scrollbars and other objects via drag-and-drop and point-and-click actions.

How is Java useful?

Most Android applications use the Java API or are written in Java, so much so that Java is often considered the official programming language for mobile application development. In addition, many desktop applications are developed in Java. Swing, Abstract Windowing Toolkit (AWT) and JavaFX are the main tools used for easy GUI development.

Java is also found in the development of a wide range of interactive websites and web applications in the insurance, social security, education, and health sectors. The language is used to write transaction management and billing applications as well as server-side applications.

In addition, it is the preferred language of the scientific community for a wide range of mathematical calculations and other scientific operations. It can handle huge data sets and Big Data technologies as it is used for MATLAB and the MapReduce Hadoop framework.

Why exploit java as the first programming language?

Java is easy to write and run – that’s why many developers use it. It can be used to create complete applications that can run on a single computer. One also has the ability to distribute them to servers and clients on a network. As a result, it makes it easy to create mobile applications or run on desktop applications that use different operating systems and servers, such as Linux or Windows.

Once a developer is familiar with installing the JDK, configuring PATH, and understanding how CLASSPATH works, they can easily create code.

Java is designed to facilitate distributed computing Due to the networking capability inherently built into it. Writing network programs in Java is like sending and receiving data to and from a file.

Also, with Java, it is possible to find libraries that do almost everything. There are better systems GUI (Graphical User Interface) that the default libraries AWT (Abstract Window Toolkit) and Swing. The language also allows for connection to databases using JDBC (Java Database Connectivity). With tens of millions of developers using and working on the Java programming language, the community continues to grow and inspire.

Java, an evolving and universal language

Java is a full-featured programming language. Due to its robustness and scalability, Java is found on large-scale industry applications. Recently, it has gained credibility in the Internet of Things (IoT) and cloud development. Similar to other open source technologies, Java promotes the values of giving back functionality to the public.

Online forums, such as Stack Overfloware made up of Java development experts ready to help beginners.

Java is used more commonly in everyday life than you might think. It can be found on popular websites visited daily, such as Google, YouTube, LinkedIn, Amazon and eBay. In addition, it has a strong development roadmap with continued advances in security and performance.

What are the features and components of this language?

The Java platform is independent and can run on all available operating systems with respect to its development and compilation. This is possible because of the bytecode, a code that is machine-readable. The platform consists of the Java language, the Java Development Kit (JDK), the Java Runtime Environment (JRE), the Java compiler and the “Java Virtual Machine” (JVM).

It is a programming language that has its own syntax, rules, format and programming paradigm. The function of the Java compiler is to generate Java class files from the source code. The Java class file thus contains a platform-independent Java byte code.

After generating the class files, JVM loads these class files and interprets the byte code or compiles it into machine code using the Just-in-time (JIT) compiler. JVM is the core of the Java programming language and the Java platform. The JVM converts byte code into machine-specific code (also called object code in other programming languages). It provides space reclamation, memory management, security, etc.

JRE, as the name suggests, is the runtime environment required to run Java programs and applications. It does not contain any development tools such as a Java compiler, debugger, etc. Therefore, if one develops Java applications elsewhere and only needs to run them on a well-defined machine, one can install JRE separately.

The Java Development Kit (JDK) is the central component of any Java environment. JDK contains JRE (Java Runtime Environment) as well as a Java compiler, a Java debugger and other core classes. It is platform specific and therefore we will have separate JDK installers for each operating system.

The difference between static and dynamic typing

All programming languages assign “types” to variables that exist in an application’s code. These types then act as instructions on how to handle a variable and its associated operations. General purpose languages like the one in question here use familiar data types such as bool for binary “true/false” variables. Currently, the two most common approaches to variable typing are static typing and dynamic typing.

On the one hand, static typing, as found in languages such as Java, C, C++, and Go, is considered a relatively low-risk approach to coding, primarily because the type-checking process occurs at compile time. As such, these checks will detect things like missing functions or invalid type arguments. They may also identify an incompatibility between a data value and the variable type to which it is assigned. This is done before the program has a chance to execute the erroneous code and risk crashing.

On the other hand, a programming language is said to be “ dynamically typed “If the programmer does not need to assign a type explicitly and a type is only assigned to the variable at runtime.

This means that with languages that use dynamic typing, the developer does not have to decide whether the variable to be created should be a double or a float or a string or an integer, etc.

One simply tells the language that one wishes to create a variable and one assigns the desired values.

In this type of approach, programmers define the data type of a structure and the operations that apply to it. The main principles of object-oriented programming are abstraction, encapsulation, inheritance and polymorphism. These concepts aim to implement real-world entities in programs.

Abstraction is about hiding internal details and displaying functionality. In Java, we use an abstract class and an interface. The linking of code and data into a single unit is called encapsulation. For example, in medicine, a capsule packages different drugs. A Java class is an example of encapsulation. When an object acquires all the properties and behaviors of a parent object, it is called inheritance. It allows code reuse. It is used to achieve runtime polymorphism.

If a task can be performed in different ways, it is called polymorphism. In Java, method overloading and method substitution are used to achieve polymorphism. 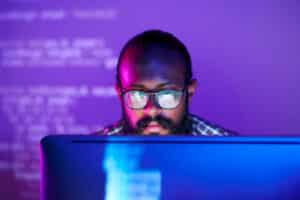 Some tips for getting started with Java

Learning the basics of any programming language is very important. It is the best way to start learning something new. But first of all, you have to learn the concepts of the language. This involves becoming familiar with the environment and slowly getting used to.

Learning Java can take a long time because of the volume of material on the language. So you have to be patient, learn at your own pace, and not rush. Even the best developers have had to be very patient. Once you’ve got the basics down, the best thing to do is to perfect your skills with regular practice. Real knowledge comes only after you have implemented what you have learned. It is also important to regularly read different topics on language. This helps to maintain interest in Java.

This way, you learn new things about the subject as everyone presents their ideas. It will then be possible to solve coding problems more easily.