FN Meka is the first virtual rapper signed by a major music label. This AI capable of writing rhymes and composing instrus has just joined Universal Music Group’s Capitol Records label. Discover all you need to know about this new phenomenon…

At first glance, FN Meka doesn’t seem any different from other rappers. He drives a golden Rolls-Royce, a Tesla truck with the Gucci logo, and a green Lamborghini. On TikTok, he has 10 million followers and over a billion views. In his videos, he can be seen showered with $100 bills alongside sexy women.

The only difference with other rappers is that FN Meka is not real. It is a rapping robot, powered by an artificial intelligence. 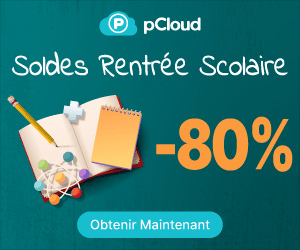 The texts are written by an AItrained to write rhymes like a real MC. The voice is that of a human, but FN Meka will soon be able to rap himself.

This artificial intelligence has been trained by analyzing popular songs of specific genres. Based on these songs, the technology generates suggestions for building blocks for new songs such as lyrics, the chords, the melodies or the tempo.

Since 2019, this virtual rapper was already successful with his songs ” Speed Demon “, ” Internet “, or his most popular piece so far: ” Moonwalking “. His screaming style is not reminiscent of Teskashi’s69.

Now FN Meka has entered the big league by signing with the label Capitol Records of Universal Music Group. A dream that few human rappers manage to achieve …

The first virtual artist signed by a major label

Following his signing to Capitol Records in August 2022, FN Meka is now the first virtual artist signed by a major label. According to Ryan Ruden, the label’s vice president of experiential marketing, this project is ” at the intersection of music, technology and video game culture “.

On August 12, 2022, FN Meka celebrated its signing with a bang by unveiling its single ” Florida Water “produced by Turbo and DJ Holiday. Previously, these producers have worked with world-famous rappers such as Travis Scott, Young Thung and Lil Baby.

The rapper Gunna lends his voiceand the video game streamer Cody “Clix” Conrod appears in the clip. As much to say that FN Meka is not surrounded by anonymous.

In this new song, FN Meka strings together rhymes such as ” Tesla, Gucci, Cybertruck / I wreck that shit, don’t give a fuck “ (to be translated as ” I break this *****, nothing to ****** “). These verses rich in modern poetry were generated by an AI, even though they are rapped by a real human being.

This song is royalty freeand can be used for free by creators on platforms like Twitch and YouTube without risking demonetization or removal by the label.

Indeed, Capitol has tied a partnership with the startup Slip.streamwhich offers a library of over 100,000 royalty-free songs and sound effects produced by real artists.

This signing by Capitol Records has great symbolic importance. From now on, it is clear that AI and virtual artists will play a major role in the music industry and the art world…

The origins of FN Meka

Behind FN Meka, there is a whole team of real people. This AI rapper is created by Factory New : a label gathering only virtual artists.

This company is co-founded by Anthony Martini, formerly founder of Commission Records and owner of experience in traditional artist development. He has worked with rappers like Tyga, Lil Dicky or Madeintyo.

According to him, the concept of FN Meka is not different from that of older artists like DJ Marshmello, Gorillaz or even 50 Cent. According to him ” looking at any great human artist, the more fantastic you are, the more you embody a character. Any great artist has to sell some kind of story. It’s just the next level. There have been precedents in the past, even pseudo virtual characters. Look at Gorillaz. Look at a guy like Marshmello: he’s not real either. He could also be a digital being and it wouldn’t make any difference to the fans of his music. We’re trying to blur the line even more and bring everyone into the future “.

Florida Water out now!! Go stream that and drop a 🐍 💦 in the comments for Wunna❕ #FreeGunna

Co-founder and CEO of digital distribution platform Vydia, Roy LaManna, agrees with Martini. As another example, he cites the controversial rapper Tekashi69 to show how the most famous artists are simply caricatures of themselves.

As he explains, ” I think this rapper is the perfect example of what we’re talking about here. He’s kind of like a meme. His music, mostly at first, was co-written or written by his producer. There’s Daniel Hernandez, the real guy, and then there’s the Tekashi character who is almost a cartoon character drawing people into his narrative “.

Thus, according to Roy LaManna, ” the question is whether the character Tekashi69 by Daniel Hernandez could exist in a virtual spaceand I think that Anthony and his team prove that the answer is yes “.

Originally, FN Meka is not designed to be a rapper. Its creator Brandon Le comes from the field of video games, and created virtual objects and appearances for avatars. He had designed FN Meka to help him sell his creations.

Early in his musical career, FN Meka released more demos. However, they were removed to maintain a high level of quality. His team wants the content to be of the highest quality, so that the robot rapper can be taken seriously. She wants it to be able to compete with any artist, human or virtual.

In the eyes of Roy LaManna, the human element is perhaps less important than the narrative And the content of an artist. He cites Britney Spears as an example: ” she’s a personality. She wasn’t necessarily the best singer, and a lot of her music was written by other people. Then it went into a narrative, she dated Justin Timberlake, it was a whole and people really got into it“.

He thus wonders ” how much of that depends on the human factor? I think it’s much less than people realize, and it’s being tested today because the technology has reached a certain point where it’s a viable option. I think that we’re just seeing the beginnings of this thing “.

Similarly, Martini adds that the most modern artists have an image created by a label or a management team “ at least in the beginning, when you’re trying to develop some narrative and build a brand “.

Thus, he believes that ” we do the same thing, except that we are not limited to the human worldor to the human form. We’re going to take this old idea of creating a brand and creating a narrative behind the artists and take it to the next level “.

FN Meka lives mainly on TikTok, where his videos have been viewed over a billion times. Although he also has an Instagram account, he only has 206,000 followers and users of this social network do not interact with him as much.

His fans come to see her custom accessory designssuch as a PS5 coupled with a Starbucks coffee machine, a Louis Vuitton stroller, an Apple Air Pods shotgun or a Gucci Batmobile.

The goal of Factory New and Vydia is to use FN Meka as a form of test marketing to evaluate the interest of the public for this type of characters. The objective is to check if these virtual artists can be profitable in the music industry or even in the NFT field.

Like my setup in my car? #zerotwo #weeb #rollsroyce

According to LaManna on TikTok, ” FN Meka has the ability to make market research on the virality of songs releasing small snippets of songs, asking people when it should relax them, what songs, and what should be put in as components, if it’s an NFT, or any other kind of design that can accompany to help propel it “.

The team behind FN Meka then analyzes the data to determine what works. This virtual artist is thus the result of a symbiosis between Big Data, AI and digital communication.

Welcome to the age of virtual influencers

Major record companies are becoming more and more interested in virtual artists. Previously, Universal Music Group has invested in this field via its 10:22PM label dedicated to the Web3 with the group NFT KingShip composed of monkeys from the Bored Ape Yacht Club. In addition, UMG has established a partnership with the company Genies specialized in the creation of avatars to create artists and digital accessories.

The Japanese of Sony Music have launched virtual versions of their artists on the Roblox platform. Other leaders in the field include Space Bomb and its virtual artists Xen, SUBI and AntiFragile.

Beyond that, the rapper FN Meka is part of a more general trend of virtual influencers. It can be compared with Miguela Sousa: an Instagram influencer computer-generated, partnered with brands like MINI and on the cover of several magazines. She has also participated in Fashion Week, and has also ventured into the music business.

Thus, Martini is convinced that FN Meka has the potential to do much more with music. According to him, he could become an ambassador for different companies. He explains that he was approached by ” a ton of brands, including several luxury and prestigious fashion brands “.

In 2021, FN Meka sold a drawing in the form of NFT for 6500 dollars on the SuperRare platform. According to Martini, ” there’s a lot of interest in this area for the type of things we do, but for Meka it’s really about finding things that naturally fit with their fan base, their brand image “.

The real hope of FN Meka’s creators is that this rapping AI will not be not just for a few years, but forever in the way that “ the character of Batman transcends Adam West, Michael Keaton, Christian Bale and everyone else “…

And you, what do you think about virtual artists? Should we leave art to humans, or can we let AI create music as long as it manages to move us and make us dance? Give your opinion on this new phenomenon in comments!