An embedded system is an assembly of software and hardware designed for a particular function. It can also operate within a larger system. The latter can, in fact, have a fixed functionality while offering the possibility of being programmable.

The embedded systems were created in the Sixties. In order to reduce the weight as well as the size of the Apollo guidance computer, Charles Stark Draper worked out a particular mechanism. It was in 1961. It is the first computer to use integrated circuits. This tool was a great help for the astronauts. It allowed them to collect flight data in real time. As for the appearance of the first embedded Linux products, this was seen in the late 1990s.

How does the embedded system work? 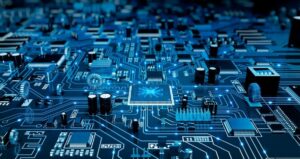 Zoom on some examples of embedded systems

Here are some examples of embedded systems:

In any case, embedded systems are used in a variety of industries and technologies. A business-to-business (B2B) research firm, Markets and Markets, forecasts that by 2025 the embedded market will constitute $116.2 billion. In part, the expected growth is due to continued investment in mobile computing, artificial intelligence (AI), and the need for chips designed for high-level processing.

The specifics of embedded systems

The different types of embedded systems according to their functional requirements

There are several basic types of embedded systems that each have their own functional requirements. Let us quote for this reason the mobile embedded systems which are small systems designed specifically to be portable, including digital cameras. Then there are the networked embedded systems which must always be connected to a network to create an output to other systems. Examples of this are home security systems or point-of-sale systems.

In addition, we also have the autonomous embedded systems Which are independent of the host system. Like other such systems, they perform specialized tasks. However, it should be noted that they do not necessarily belong to a host system, which includes calculators as well as MP3 players. Finally, there are the real time embedded systems which provide the required output in a well-defined time interval. Being responsible for urgent tasks, they are generally used in the industrial, medical and military sectors, including traffic control systems. 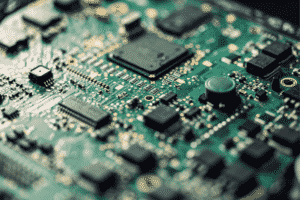 The different types according to their performance requirements

Small-scale embedded systems use only one 8-bit microcontroller. The medium-scale tools use a larger microcontroller, i.e. from 16 to 32 bits. For the sophisticated scale tools, different algorithms are used leading to software and hardware complexities. These algorithms may require more complex software, a programmable logic array and a configurable process.

Software architectures become necessary in case embedded systems develop and become more and more complex. These include control loops that manage a specific part of the embedded programming. Interrupt-controlled systems have two loops: a primary and a secondary one. If an interrupt occurs in these two loops, it will trigger the tasks. Cooperative multitasking, which is a simple control loop, is found in an application programming interface. Finally, there is preemptive multitasking or multithreading, which is often used with RTOS and offers strategies for synchronizing and switching tasks.

Debugging forms an area where embedded systems are breaking away from operating systems. The same is true for larger-scale computer development environments.

What are the advantages and disadvantages of the embedded system?

The design of an embedded system revolves around a continuous framework. It therefore requires continuous execution, high accessibility and reliability. For the most part, it is used during simple, diskless activities for ROM booting.

The system is intended for a explicit assignment. It must be associated with peripherals to interface information and generate gadgets. However, the quality and resistance it offers are unwavering. As for the framework, it includes a restricted memorycharacterized by ease and less use of force. Even if it requires a negligible IUIt doesn’t need to bother with optional memory in the PC. What about its strengths and weaknesses?

The advantages of the embedded system

The benefits of the system are many. It is for example simple to offer a superior and constant creation. The costs that it spends by bit of result are less. In addition, it does not have user interface, not much storage of information, interconnections and less repetition.

The system has better speed, stable but high. Its reliability is much higher. Due to its small size, it is versatile and especially favorable for single runs. Despite its low force usage, it gives better accuracy in results.

In addition, it helps to develop the quality of the items. It supports a wide range of climates and seems less prone to repeat errors. The embedded system can run a pre-arranged program for the client application. Since an installed framework usually plays a basic job that does not change, the necessities of the working framework are less difficult. 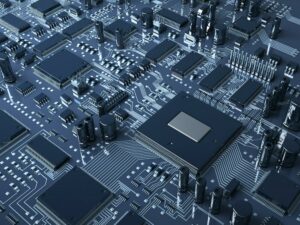 Focus on the disadvantages

Although the installed framework is ideally advantageous, it does have these few limitations.

First of all, after its creation, no changes, improvements or level increases can be made. Besides being difficult to follow, it is also difficult to make a backup of the implemented documents.

Then, for any problem in the framework, all the settings must be reset. Investigating it is more difficult, moving information from one framework to another is also difficult.

Its resources are constrained for memory. Finally, the framework requires greater improvement efforts To plan an installed framework. Its publicity requires an ideal opportunity.