DuckDuckGo is a search engine that makes data protection its priority. Find out everything you need to know about it: features, advantages and differences compared to Google, how to use it…

In recent years, the questionable data collection practices of the tech giants have come to light. Web giants such as Facebook and Google sell their users’ personal data to advertisers, and do not hesitate to use pernicious ploys to reap more and more information.

In this context, all over the world, more and more Internet users are looking for alternatives allowing them to continue using the web without sacrificing their privacy. That’s why the DuckDuckGo search engine is becoming increasingly popular.

Understand that this web engine does not use cookies to track users, and does not collect personal data on those who use it. Even the IP address of the users is concealed.

DuckDuckGo vs Google and other search engines: what are the differences?

DuckDuckGo differs from Google and other search engines in several ways. First of all, it does not store the IP address of its users. It does not collect any user databut only information related to keywords.

Thus, rather than filtering results and customizing them based on user history, as Google does, DuckDuckGo deliberately presents the same results to all Internet users for the same keyword. The results are therefore less relevant, but confidentiality is maintained.

Its data comes from a compilation of more than 400 sources including Bing, Wolfram Alpha, Wikipedia, Yahoo! and its own web crawler called DuckDuckBot. In addition, this search engine does not share data on users’ keywords with the websites they visit as a result of their searches.

Cookies are only used when strictly necessary. In addition, DuckDuckGo displays in priority, websites encrypted in HTTPS rather than their unencrypted versions. Finally, note that DuckDuckGo is based solely on open-source technologies and projects.

DuckDuckGo: What are the advantages? 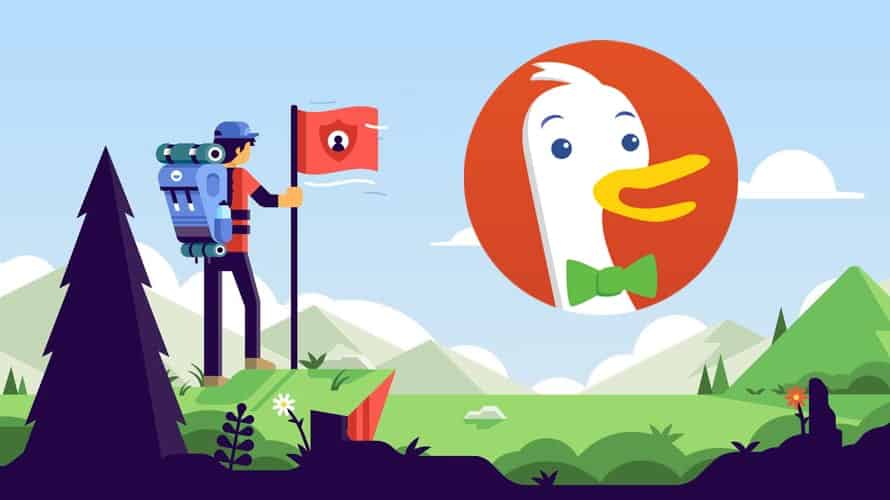 Given the specifics listed above, the advantages of DuckDuckGo for Internet users are manifold. First of all, this search engine makes it possible to maintain your privacy since there’s no search history recorded. Even if the police request data from DuckDuckGo, the company will not be able to provide them with anything.

Knowing that the websites you visit with this search engine do not receive information about the keywords that led you to them, you also do not risk see your search terms revealed in full view.

In addition, since DuckDuckGo is developed by a small team of less than 50 peopleYou can communicate directly with its creators and submit your own feedback and ideas to them. Finally, let us salute the transparency of the company since all the details about it are available on the official website.

What are the faults of DuckDuckGo?

Unfortunately, DuckDuckGo is not free of defects. First of all, this search engine is significantly less powerful than Google. This is not surprising, as its creators do not and never will have the same resources as the Mountain View giant.

Moreover, this search engine represents only a small part of the market. In 2017, “DDG” was thus satisfied with 0.22% market share. worldwide behind Ask, Yandex or even Baidu. However, its growth continues at a rapid pace from year to year.

The last weak point of DuckDuckGo is that most of its features are directly inspired by Google and seek to imitate it. Or, in the case of confidentiality, to take the opposite tack. In fact, this search engine will always lag behind “Big G” in terms of innovation .

How do I use DuckDuckGo? 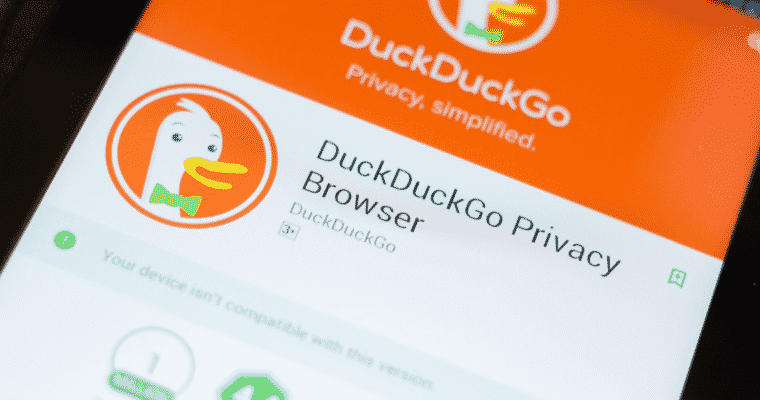 For the moment, DuckDuckGo does not offer its own browser like Google with Chrome or Mozilla with Firefox. The firm only offers a mobile application and a browser extension.

To use DuckDuckGo, simply add this extension to your default web browser. A Alternatively, you can use the Tor software to browse the internet.since DuckDuckGo is its default search engine. 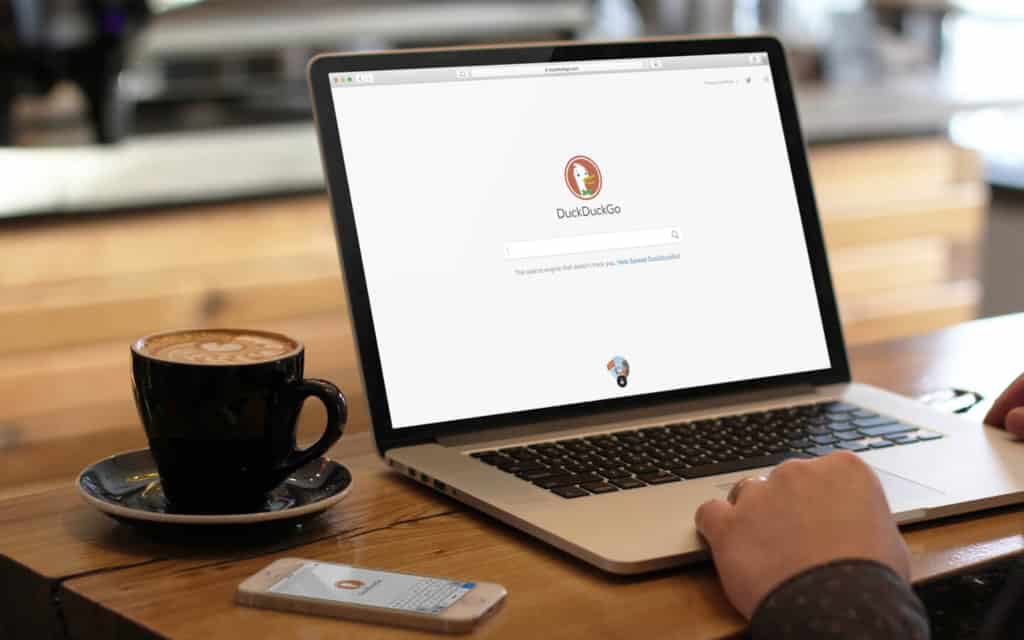 Since March 2019, with the Chromium 73 updateGoogle has added several search engine options for its Chrome browser in more than 60 countries. Among these new options is DuckDuckGo.

By the way, French users can also opt for Qwant the French alternative to DuckDuckGo. For Google, it is a way to deal with the many criticisms made against Chrome regarding privacy and data protection.

It is also a question of aligning with consumer trends and preferences, since “confidential” search engines are becoming increasingly popular. Nevertheless, Qwant continues to recommend Mozilla Firefox or Brave as a web browser…

Towards a takeover of DuckDuckGo by Apple? 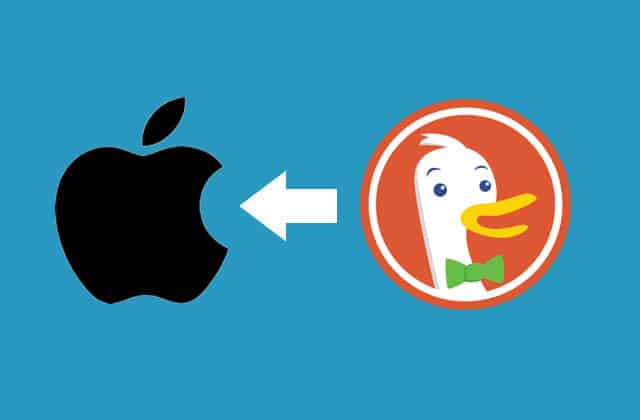 According to Bernstein analyst Toni Sacconaghi, the acquisition of DuckDuckGo could be an excellent strategic choice for Apple. In particular, it could enable the Apple to put pressure on its rival Google, and generate significant advertising revenue.

Currently, Google is paying Apple nearly $10 billion to be the default search engine on iPhone and iPad, but generates approximately $15 billion from iOS users using its search engine.

The analyst believes thatApple to acquire DuckDuckGo for about $1 billion. This would not only allow it to take its share of advertising revenue, but also to put pressure on Google to change the terms of the agreement in its favour.

For now, it is, however, only a strategic suggestion. from an analyst. It is not known if Apple will decide to follow this advice, and if any changes will be made to DuckDuckGo in the event of an acquisition .

It’s a disappointing revelation, to say the least. In early July 2020, ethical hacker Cowreth announced via GitHub that DuckDuckGo could keep the browsing history of its users without their consent.

According to him, user navigation information is filtered to DuckDuckGo servers. on the mobile application for Android. All information on the domains visited by the user is collected.

This data could potentially allow the company to create a user profile based on the user’s preferences. It may also allow identify the IP addresses from which the pages were visited.

Following the ensuing barrage of criticism, the CEO and founder of DuckDuckGo, Gabriel Weinberg, says he was unaware of the loophole. It will now be corrected. by storing “favicons” locally on the user’s smartphone…