DHCP stands for Dynamic Host Configuration Protocol. It is a procedural rule for allocating the IP address, the operation of which remains unchanged for each device or network. This protocol also makes it possible to track all IP addresses in the network and on all subnets that need an IP address.

There are two main categories of machines concerned by the DHCP service. The first includes personal computers, which can be workstations, a laptop, etc. The second includes computers that are not connected to the Internet. They are referred to as hosts. The second category is a server that allows data to be transformed and transmitted to another computer.

How was DHCP invented?

The history of DHCP began in 1984 with the creation of a new connection protocol called RARP (Reverse Address Resolution Protocol) by the IETF (Internet Engineering Task Force), Internet standards body. RARP made computers without storage, called “diskless workstations”, capable of receiving IP addresses automatically. These computers would then boot by downloading an OS from a simple central server.

However, RARP was complicated to set up and configure. As a result, it was quickly perfected in 1985. to become a new network support named Bootstrap Protocol (BOOTP). The BOOTP protocol could distribute IP addresses automatically across multiple networks. 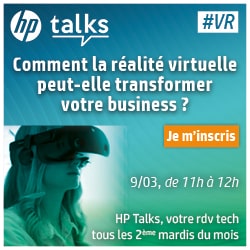 The DHCP protocol was developed from BOOTP. It is also able to update dynamic IP addresses on specific networks and retrieve them when they are no longer in use.

DHCP can also provide additional options for the configuration of computers and peripherals on the network. The DHCP protocol has been standard since 1993 and it has been constantly improved ever since. For example, it can be found in the operating system Windows Server.

In general, servers that provide DHCP are managed by routers on LAN networks. On wide area networks, DHCP is provided by special computers. DHCP parameterization mainly includes the definition of the operating range of the DHCP server. This server automatically assigns IP addresses and mechanically parameterizes the other data in the network.

The router acts as a DHCP server for the majority of individuals and SMEs. In large systems, a dedicated server is required to perform this function. 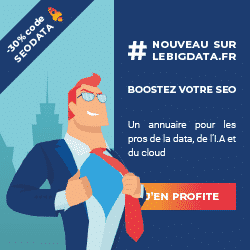 When the customer proposes to use the selected IP address, The device sends a DHCPREQUEST message. to authorize it through DHCP. Then the server transmits an ACK to validate that the device accepts the specified IP address. It then sets the length of time while the device is using said address before receiving a new address.

If it decides that the device is unable to provide the IP address, it transmits a NACK. The DHCP setting is essential. Poor design can cause major disruptions of the network and cause slowdowns when trying to find a solution to the problem.

How to set up a DHCP

To set up a DHCP, you must first define its network of use for the purposes of the IP address sets the DHCP server. Note that no dynamic IP address of the server can be used. It is also necessary to take time to define your own DHCP IP address settings. At the same time, it will help you specify the network speed, default gateway and subnet mask.

You will then need to review the configuration of your DHCP service provider. It is important to start by choosing an outgoing and an incoming IP address from the range of IP addresses that can be assigned to DHCP. This DHCP server setting also involves specify the subnet mask to subdivide IP addresses.

The rental length must then be specified. The lease length is the period of time during which the IP address is assigned to a host, after which it is Returns to the IP address database in the server. for allocation to other devices.

When is a static IP address useful?

A variable and dynamic IP address should never be used on static devices requiring continuous monitoring. Even though these devices are essentially in a network, it is difficult to assign variable IP addresses to them.

This kind of setting is not even necessary. It is possible to get around this problem by not using DHCP, by giving them a static IP address instead.

Other features of DHCP

DHCP servers create a series of IP addresses that are used to serve devices with an address. This pool of addresses constitutes the only solution for a peripheral to benefit from valid network connections.

This is another reason why DHCP is useful. It allows the connection of multiple devices within the network for a certain period of time without having to resort to an address pool.

The DHCP protocol assigns several IP addresses with a fixed duration of use (rental period). However, use commands such as “ipconfig”, to look up the computer’s IP address, allows for different results over time.

The fact that DHCP is used to assign a dynamic IP address to a given client does not mean that static IP addresses are impossible to use. at the same time. An amalgamation of devices receiving dynamic addresses and devices that have received an IP address manually can coexist on a single network.

Internet Service Providers use DHCP to assign their IP addresses, in parallel with the TCP IP protocol that manages computer network communication. You’ll find that at the time of determining the public IP address. This will undoubtedly evolve graduallyunless the local network itself has a fixed IP address, generally limited to companies with public internet services.

On Windows, the APIPA system assigns a specially adapted temporary IP address when the DHCP service stops providing a valid address to a device and uses it until it receives a valid address.