Google DeepMind is Google’s division dedicated to artificial intelligence. It develops Deep Learning algorithms that allow AI agents to learn autonomously without being programmed beforehand. Learn about the history of Google DeepMind, how it works, how it works, and how Google uses it to improve its various products and services.

What is Google Deepmind? 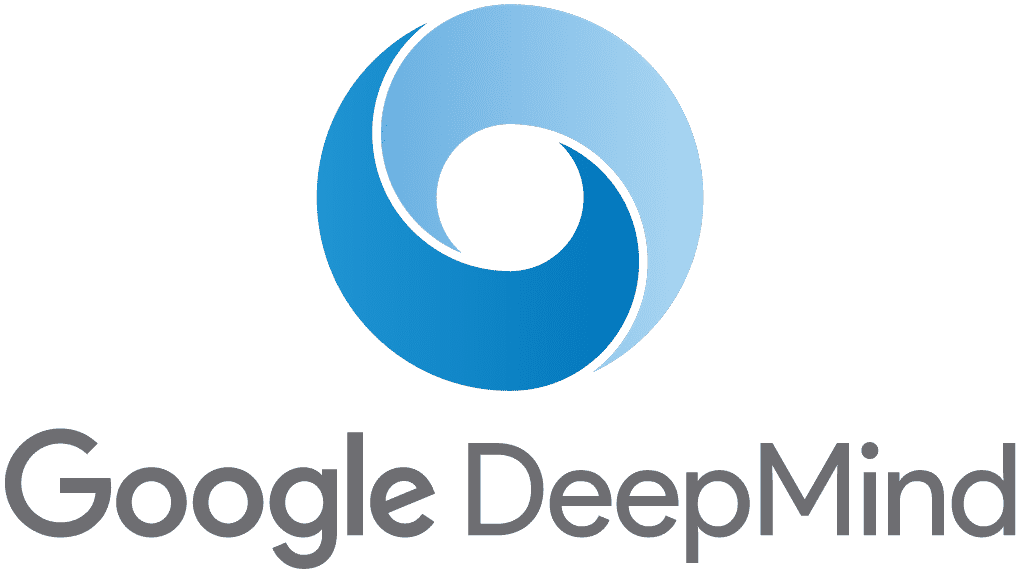 Google DeepMind is a division of Google dedicated to artificial intelligence. It emerges after the acquisition of DeepMind by Google in January 2014 for £400 million. Previously, the startup collaborated with University College London. The DeepMind division employs around 140 researchers at its premises in Kings Cross, London. Google Deepmind’s Vice President of Engineering is Demis Hassabis, the co-founder of the company. The neuroscientist also worked as a video game designer in his youth with Peter Molyneux on titles such as Syndicate and Theme Park. He also founded Elixir Studios, the development studio responsible for the game Evil Genious, in which an evil genius is embodied.

L’Deepmind’s goal is to create intelligent machines capable of learning and acquiring new knowledge in the way human beings do.. To do this, DeepMind develops powerful general learning algorithms that can be combined to create an AI system, also called an AI agent.

These systems learn automatically. They are not programmed in advance, and humans do not intervene in their learning process. The firm attempts to provide its algorithms with a large set of raw information so that systems can learn and use this new knowledge to act, classify or predict. Since the systems are general, they logically perform many tasks.

So, the company started by letting its algorithms learn how to play Atari video games, and then used the knowledge gained to solve problems in various specific areas. This is a radically different approach from the one adopted since the beginnings of artificial intelligence. Typically, AI tools are pre-programmed to solve specific tasks. For Mustafa Suleyman, the systems developed in this way are rigid, fixed, and incapable of handling novelty or adapting to new parameters. As a result, they are fundamentally limited.

A specialist in reinforcement learning techniques

AGI (artificial general intelligence) refers to systems and tools that are flexible, adaptable and capable of learning. To develop these systems, DeepMind uses the reinforcement Learning architecture. All starts with an agent, who is given a purpose or rules to follow for interacting with an environment. This environment can be a physical domain, a commercial environment, a robotic environment or even an Atari game. The agent acts within the environment and receives feedback in the form of observations. These observations facilitate the updating of behaviour rules.

How does Google DeepMind work?

The technology used by Google DeepMind is very complex. For To put it simply, hierarchical networks have been in existence since the 1980s, only to be used again by experts in Toronto and New York.. The basic idea is to take raw pixel data or data from sensors that you want to classify or recognize. In this way it is possible to learn how to find structure within very large data sets. Thus, it is possible to impose certain conditions on the network to produce sets of labels or classifications that are recognizable and useful to humans.

As Google DeepMind is tested?

For To test what the artificial intelligence it has developed is capable of, Google DeepMind uses the Atari arcade game platform from the 1970s.. Agents play games like Space Invaders, and learn to master the game as they play. This process also allows agents to train for general skills. At each frame, the agent receives raw pixel and score data. This represents approximately 30,000 entries per frame. The agent is connected to the control buttons, but does not receive instructions about the effects of each button. He has to find out for himself what effect these real-world tools have and how to use them. The goal of the agents is to score as high as possible.

À At each information entry, the agent tries to find out what action is optimal in relation to this information, and repeats this process over time to try to optimize his score.. When playing Space Invaders for the first time, an agent struggles to hide behind the orange obstacles, and tends to shoot in a totally random way. He gets killed continuously and has no idea what to do in this virtual environment. Then, once trained, the agent learns to control his avatar and hits his target at every turn.

He manages to find the enemies that score the most points and hardly gets hit. In the end, the agent manages to finish the game without making any mistakes and proves to be better than a human player. Out of 57 games, the AI agent outperforms a human in 49 games. This is how DeepMind managed to defeat South Korean Go champion Lee Sedol, considered the best Go player in the world, with its Google Deepmind AlphaGo agent in 2016.

Google DeepMind and board games

Google DeepMind chess is the version of AlphaGo dedicated to chess learning. The famous strategy board game in its digital version is largely within the reach of the Deep learning program. Stockfish 8, the program reputed as the most advanced chess program was beaten by Google Deepmind AlphaGo in December 2017. The 4-hour confrontation over 100 games resulted in a very good score for Google’s artificial intelligence. It got 28 games won, 72 games tied and 0 defeated. It took only 9 hours to learn the rules of the game and master it from every angle. Probably the research team will organize a match against a human champion, like IBM’s Deep Blue who defeated the champion Garry Kasparov in 1997.

Artificial intelligence algorithms are trained on the real-time strategy video game Stracraft II. It is not yet capable of competing with a human player. He has to learn 300 basic actions, dealing with the much larger terrain limit than the Go and Atari games. On the other hand, the APIS open to developers of Starcraft II for Blizzard, the game’s publisher, will improve the performance of their artificial intelligence. An important quality in this type of video games.

How does Google use DeepMind? 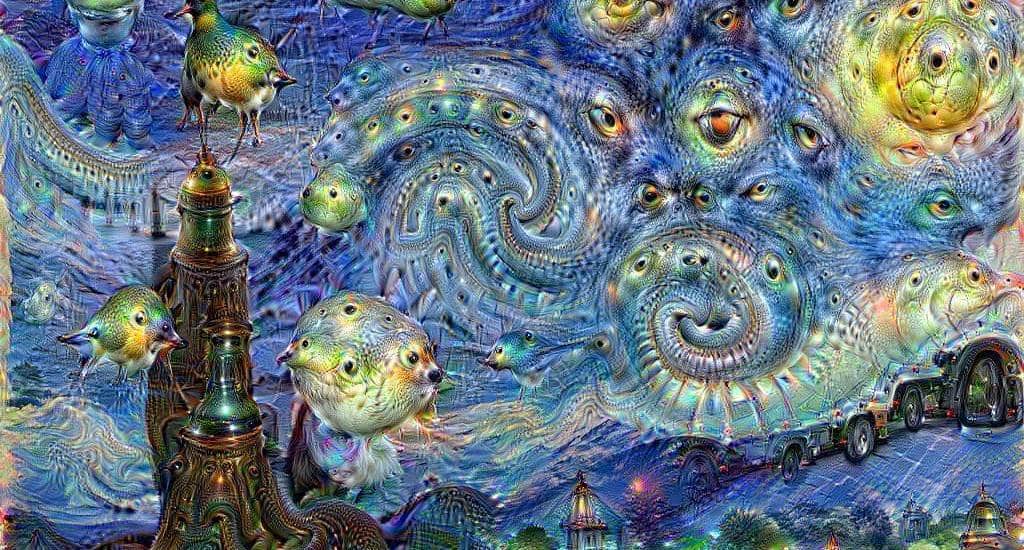 Google uses DeepMind algorithms to make some of its most popular products and services smarter. For example, in 2012, thanks to DeepMind, Google’s image recognition reduced its error rate to 16% and then to 5.5%. This error rate is comparable to that of a human being. This technology is used for Google’s image search functionality. Deep Learning is also used for text recognition and translation, as well as local search and speech recognition. In this field, in 2012, DeepMind has reduced the error rate by 30%. This is the biggest improvement in 20 years.

The artificial intelligence of Google DeepMind is also used for fraud detection, spam detection, or handwriting recognition. More than 60 rule-based systems have been replaced by networks based on deep learning. Recently, Google’s AI has even been able to create works of art. One can understand why Google was interested in DeepMind. As a result, it did not hesitate to pay a colossal sum to acquire this startup.

Should we fear Google DeepMind?

Like all the tools in the world, the power of artificial intelligence can potentially be misused. However, it is possible to check implements such as a washing machine or a tractor. However, it is likely that mankind will one day lose control of AI. Just like nuclear development or the production of chemical weapons, it is therefore necessary to be cautious and to make gradual progress in this area.

Perfectly aware of the impact of deep learning algorithms, this Alphabet subsidiary launched research into ethics in October 2017. It has a dedicated unit of eight researchers for the moment. This number could rise to 25 by early 2018. The aim is to measure the impact of research on AI. Respect for privacy, emergence of autonomous weapons, automation, transparency, etc. It must be said that the following paragraph had damaged the Google DeepMind communication.

Google Deepmind: illegal use of health data in the UK

The ICO’s investigation into the partnership between Google Deepmind and three London hospitals has resulted in a judgment in non-compliance with the law on the protection of private data.

Our colleagues at objetconnecte.com had raised the subject. The agreement between Google DeepMind and three London hospitals had caused an outcry. Indeed, some of the 1.6 million patients whose medical data are shared with the Web giant complained.

The goal was to improve the Google DeepMind algorithms using this critical information. Ultimately, it was about improving advanced medical solutions. Only the partnership between the Royal Free NHS Trust, the manager of the three hospitals, and Alphabet’s artificial intelligence subsidiary raised the issue of user consent, which required users to retroactively report their refusal to allow the use of their medical data.

The Information Commisionner Office (ICO), the equivalent of the CNIL in the United Kingdom, subsequently referred the case to the ICO. Its conclusions are in favour of patients. Moreover, it points out the lack of transparency of the manager and Google.

According to CSI notes, patients are not sufficiently informed about the use of their data. Until then, it was difficult to know whether a particular medical record was being used to develop the test version of the Streams application, a tool for predictive analysis of sepsis.

For the sake of clarity for the British authority and the patients, both entities will have to comply with the law on the protection of personal data. They also indicate the type of information used. While Royal Free NHS and DeepMind defend themselves by saying they want to save lives, the ICO does not want to deviate from the principles of privacy in testing.

The two players will therefore have to carry out an impact study on the privacy of patients during the phase of these tests. They will ensure that records are respected in the future. This at the very least conciliatory reaction from a country leaving the European Union is far removed from the punitive considerations of the GDPR, the general regulation on data protection. Google Deepmind and Royal Free NHS have already expressed their willingness to follow these guidelines. They also want to report on the progress of the Streams application and boast of having improved their personal data management policies.