At some point or another over the past few years, you’ve likely considered . Most of what you watch is on streaming anyway, and it could save you a decent chunk of change. But every time you think about it, there always seems to be that one show or channel stopping you from taking the plunge. Enter live TV  services. These give you access to the familiar channels you love, plus local and national news and live sports, from an inexpensive  — no cable box or  required.

Not to be confused with  such as , Amazon Prime Video or HBO Max, live TV streaming services such as  and  offer a live channel lineup. Packages a month with no extra fees or contracts, which is a lot less than a cable subscription. You can stream live channels including CNN, NBC, ESPN and Fox on a host of devices including  set-top boxes and . Moreover, you don’t need a technician to visit your home in order to watch live and original programming.

The downside? The services are in constant flux, with the most common revisions being channels and prices. For instance, Disney briefly pulled all of its channels including ,  by an extra $5 a month and so did . Changes can also occur when competition is squeezed out — our former cheap picks  and  either stopped accepting customers or  entirely, while  shuttered in 2020.

YouTube TV has  than any competitor at this price and it’s one of only two with local PBS stations. Though it doesn’t add any more channels, the video streaming service has a that lets you watch 4K livestreams and a small amount of on-demand content. It also adds an unlimited number of simultaneous streams (up from three).

The basic $65 service also has the best cloud DVR of the bunch, including unlimited storage and a generous nine months to watch recordings (most rivals offer 30 days). The interface is no-nonsense, if a little drab, and yet it offers most of the features a cable service can give you.

If you want the best service available and don’t mind paying for it, then YouTube TV is the one to get. However, if you just want to save money over a traditional cable subscription, Sling TV is the superior TV streaming bargain.

has come a number of additional channels, including access to  and  included in the new $70 price. But despite all that, Hulu Plus Live TV is still second banana to our top live TV streaming premium pick, YouTube TV. Its channel selection still isn’t as robust as YouTube TV and FuboTV, yet it’s Hulu’s significant catalog of on-demand content which sets it apart. Exclusive titles such as The Handmaid’s Tale and give it a content advantage no other service can match. Its DVR lags behind competitors, however, and you’ll still have to pay another $10 a month to skip commercials on Hulu’s cloud DVR (the base cloud DVR, which is included, doesn’t permit skipping ads). In short YouTube TV is a better TV streaming service choice than Hulu and costs $5 less to boot.

If you’re speaking of tumult, no other service exemplifies it better than DirecTV Stream. Now on its fourth name in three years, this service is also the equal most expensive at $70 (with Hulu Plus Live TV). The service does have its pluses though — for example, it includes the flipper-friendly ability to swipe left and right to change channels. Additionally it includes some channels the other services can’t, including . For cord-cutters who want to follow their local NBA or MLB team, DirecTV Stream’s $85 Choice package is our live TV streaming pick because it has access to more regional sports networks than the competition. Although you’ll want to make sure your channel is included, and not available on one of our preferred picks, before you pony up.

At $25 Philo is still a cheap live TV streaming service with a variety of channels, but it lacks sports channels, local stations and big-name news networks — although Cheddar and BBC news are available. Philo offers bread-and-butter cable staples like AMC, Comedy Channel, Nickelodeon and Magnolia Network (formerly DIY), and specializes in lifestyle and reality programing. It also includes a cloud DVR and optional add-ons from Epix and Starz. We think most people are better off paying another $10 for Sling TV’s superior service, but if Philo has every channel you want, it’s a decent deal.

There’s a lot to like about FuboTV — it offers a wide selection of channels and its sports focus makes it especially attractive to soccer fans or NBA, NHL and MLB fans who live in an area served by.

How to shop for cord-cutting live TV services

Each of the TV streaming services above offers a different mix of channels, so your first step should be choosing one that carries your “can’t miss” cable channels and shows. And some of the most important channels are locals, namely ABC, CBS, Fox and NBC. Not every service offers all of them in every area. The live TV streaming service lineups are in constant flux as networks scramble to secure access to popular channels (ones with highly watched original shows and regional sports networks are especially in demand). There’s also the chance that a certain cable channel could disappear from a certain service after a network contract expires, which is with the .

These negotiations mean things are changing constantly too. Over the past two years, , ,  and the newly renamed DirecTV Stream have all raised their prices. Google and Roku have which prevented users from downloading the YouTube TV app, while users lost the use of due to a different dispute.

Broadly, each of these streaming services can be broken down into two main groups: Budget, with prices ranging between $25 and $35 and few or no local channels; and Premium, with prices from $65 and up including local channels and supercharged cloud DVRs. That’s right, all of the services allow you to record and play back shows, just like a traditional cable or satellite DVR, but they often come with restrictions.

Next, there’s the multistream question. If you want to watch more than one program at the same time — for example, on your living room TV and on a bedroom TV, or the main TV and a tablet or other devices — you’ll want to make sure the video streaming service you’re watching has enough simultaneous streams. Sling Orange only allows one stream at a time, and if you try to watch a second, it’s blocked. Other services have higher simultaneous stream limits.

Keep in mind that, especially if you do have more than one person watching at once on supported devices, you need to make sure you have fast, reliable broadband internet. A 100Mbps download service will cost around $50 to $60 a month, and sadly that’s where the savings of cutting cable can get swallowed up.

What streaming TV services won’t give you

Streaming TV services are great, but there are some things they can’t do compared to a traditional cable box.

First, it’s worth looking at the channels that you can’t get with any of these live TV streaming services. For example, only two of the services are able to offer PBS —  and .

With sports returning from the pandemic-enforced hiatus, fans will want to make sure they can find the sports channels to follow their teams. Most services carry ESPN and local channels for NFL football, but if you follow a professional baseball or basketball team, you might need their specific channel — called a regional sports network or RSN — to watch regular season games. RSN coverage varies widely for each service.

Every live TV service’s video streaming is a the “live” stream you’ll get from your local cable TV or satellite provider. That means you could get a preview of scores or big plays from Twitter, phone alerts or phone calls from friends slightly before you see the action on screen.

If you’re used to 5.1-channel surround offered by cable or even OTA, then you may be disappointed that YouTube is the only service to offer surround sound on live broadcasts. The other services only include stereo sound on live channels, though 5.1 audio is available on some on-demand material.

In 2022, streaming fans have more choices than ever, including NBC/Comcast’s , AT&T’s ,  and . While Peacock differs in that it has live news the other services lack traditional live channels — focusing instead on  — but they can still eat into your entertainment budget.

: One of the first streaming TV services and it’s so popular that it’s become a catch-all term in the same way as “Magic Marker” or “Coke” in the South. And then, of course, there’s the ever-popular “Netflix and chill.” High-definition plans start at $14 a month, and the service covers thousands of TV shows and movies, including original TV series like The Queen’s Gambit and Stranger Things. Then there’s like Roma and The Irishman.

: The “other” major streaming service, which is included as part of a $99 annual Prime Membership or $9 a month. The interface isn’t as user-friendly as Netflix, but the service also offers shows not on its rival, including original content like  and The Expanse. Amazon Prime also has (HBO and Showtime and more), making it a potential one-stop shop.

: One of the biggest search app for ebay-usa streaming services to launch in some time, Disney has gathered a mix of movies, TV shows and exclusive content, including Loki,  and , for $8 a month. .

: Recently renamed from CBS All Access, Paramount Plus costs $5 a month or $10 monthly for ad-free streaming. The service offers , sports and on-demand content from , , , ,  and , plus its  movie studio. Paramount Plus also offers exclusive originals such as ,  and the Good Fight.

Vudu/: Digital libraries (or lockers) that incorporate legacy  and streaming movies and TV that are only available for purchase, such as new releases.

: Now live nationwide, Peacock is NBC’s answer to Paramount Plus. Its main claim to fame is that its basic tier, with 7,500 hours of content, is free. Peacock Premium unlocks more content for $5 a month while an ad-lite version called Peacock Premium Plus is $10 monthly.

It’s also worth investigating free, ad-supported services such as , , TuBi TV, Pluto and Crackle, which offer a wealth of content. Read .

Is an indoor or outdoor antenna a viable option?

If you have a TV in your house — that is, a screen that incorporates a tuner — you’re part-way to cutting the cord already. An will let you watch free TV over the air from any channel you receive in your local broadcast area. Antennas cost as little as $10. .

You can also add a DVR such as the  or  if you want. Then you can record those live TV antenna channels, play them back and skip commercials, just like on a standard cable TV DVR. Here’s .

A solid, lower-cost alternative to live TV streaming services is the combination of an antenna for live local channels and an on-demand service such as Netflix or Hulu. That way you’ll still be able to watch live programming and also have a choice of on-demand content.

Conclusion: Try it yourself

Streaming live TV services are still in flux. Since launch, every service has increased its prices by at least $5 a month, TV channel selections and cities with local channel access are changing all the time, and reports persist about some services losing money, or even closing in the case of T-Mobile’s TVision. While streaming is undoubtedly the future, and cable the past, it will be some time before both prices and the services offered settle in.

That said, if you want a cable-like experience both at home and for on-the-go devices, without the dead weight that a cable subscription brings, a streaming service is worth a look. There’s no contract to sign, and if you don’t like the service you’re on, you can easily switch. So whether you’re looking for a basic package such as Sling TV or want to pay more for a deluxe experience from the likes of YouTube TV, there should be a streaming TV service to suit you. 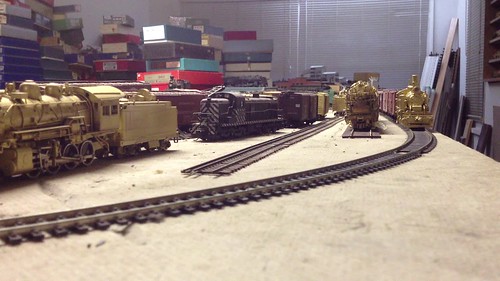